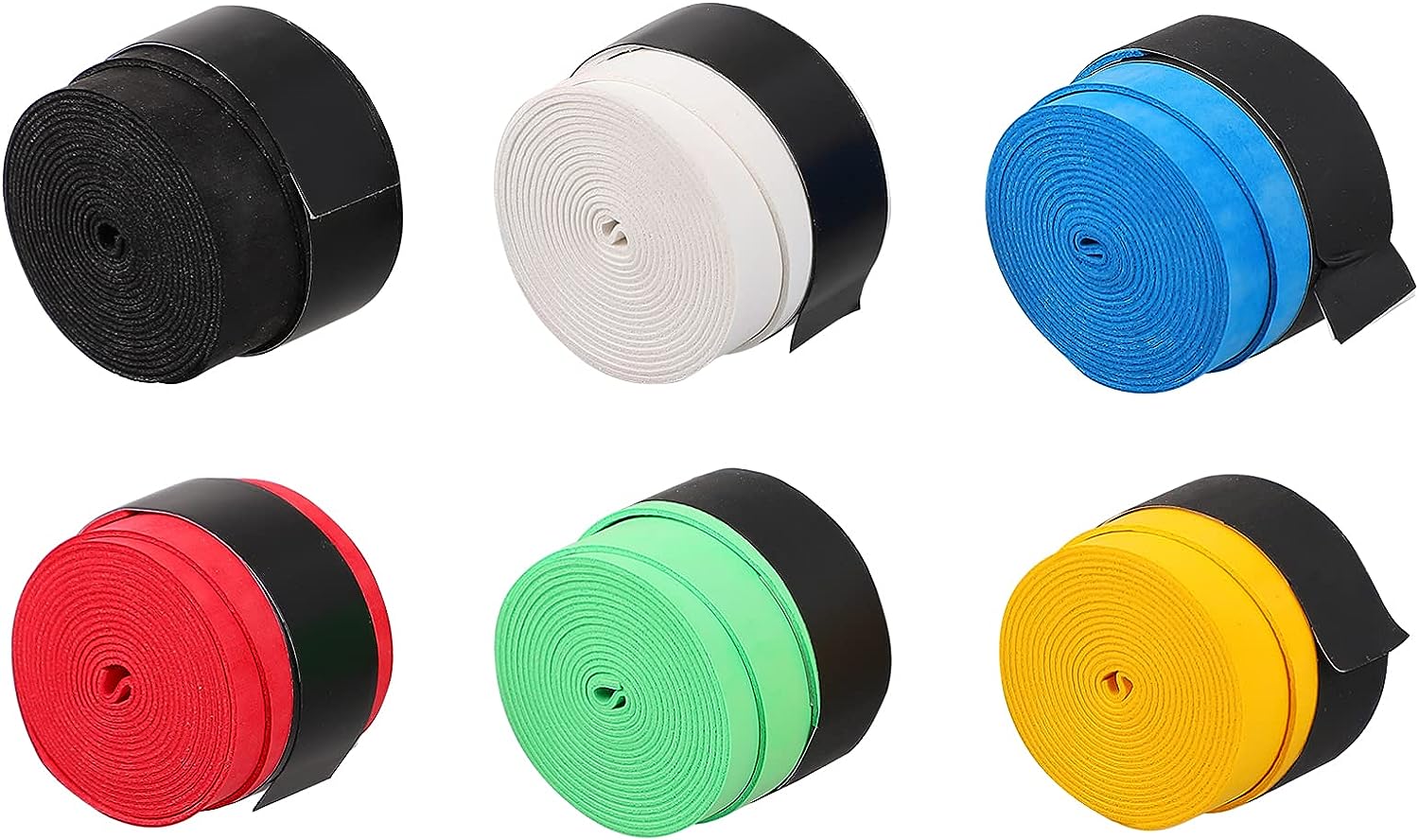 Description
This practical bat and racket tape roll is made of PU material for lasting use. elastic, comfortable and anti- slip, can be effective for sweat- absorption. You can use them easily and during sports. Perfect for all kinds of ball game if it needs a racket or a bat.

Features
- Color: Random color
- Material: PU
- Size: 110. 00X2. 50X0. 70cm/ 43. 23X0. 98X0. 28 inch
- The grip tape is made of PU material for lasting use.
- The grip tapes have the good elasticity, effectively the slips.
- Colorful design, which is beautiful and attractive for sports use.
- Tested and designed tennis, our grip tape can wick away any moisture from your hands immediately. Use these super- absorbent and non- slip grips to bring out the best in yourself.
- Replace the old grip tape that loses its slips resistance in one minute, your racket will feel new with our eye- catching color grip tape.